Recently I installed an Exchange Server 2019 in my Windows domain. I already have an Exchange Server 2016 which hosts all the mailboxes of our small family business. I tend to download a manual on my Kindle for research purposes, but this being rather new, there’s no Kindle version available. So I turned to multiple forums to talk to others in a similar situation.

What I found out is this: there is no in-place upgrade available for Exchange Server. One needs to install a new server with Exchange which will then integrate into the Windows domain. Once this has been done it’s possible to create new databases and move the mailbox to the new server. There’s a specific procedure to decommission the old server. If you don’t follow this procedure, objects from the old Exchange Server will remain in the AD domain.

The minimum memory requirement as per Microsoft is 128 GB. My Exchange Server runs with 8GB vRAM without a problem with 20 mailboxes. I guess Microsoft wants to eventually force all small- to mid-size businesses to migrate to Office 365 rather than use an on-premises Exchange server.

I prepared a Windows Server 1809 since I wanted to use this server rather than Windows Server 2016 or 2019. To my surprise, during the preparation, there came a point where the wizard would not proceed because certain requirements needed to be met. These were the requirements:

If the domain or forest functional level is lower, Exchange Server 2019 refuses to install. So these will need to be upgraded first.

Even after I raised my domain level, Exchange setup refused to continue. My forest functional level was still below Windows Server 2012 R2. Since I don’t use forest in my domain I had no idea how to upgrade it. When in doubt, ask Google! It can be done with the tool AD domain and trusts. Mine was still at Windows Server 2008 level.

Once this was sorted out, Exchange setup completed successfully! I was a happy man!

I had to install the Remote Desktop Service (RDS) role on a Windows Server 2019. I have never done it before. So I googled a bit to find some instructions. But my use case was different than most instructions I found. The server is in workgroup mode and not part of a domain. 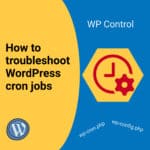 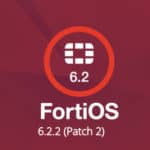